You are here: Home › New? Start Here › The Score Board
Tweet

Scoring in Aunt Sally is simple – one mark for each doll scored.

Note other leagues have different rules some play 5 legs for example with less players and some do not have a drawn leg – they play down to 3 sticks and 1 stick to determine a leg winner – see 3 stick rule below.

The Beer Leg – In common with many pub games there is usually a beer leg which doesn’t count towards the league score but the losing team buys their opposite number a drink.

The win can be determined either as a team game or as a 1:1 – the latter stops 8 people queuing at the bar!

An example scoreboard is shown below from a Section playoff – a deciding match for who won that league section. 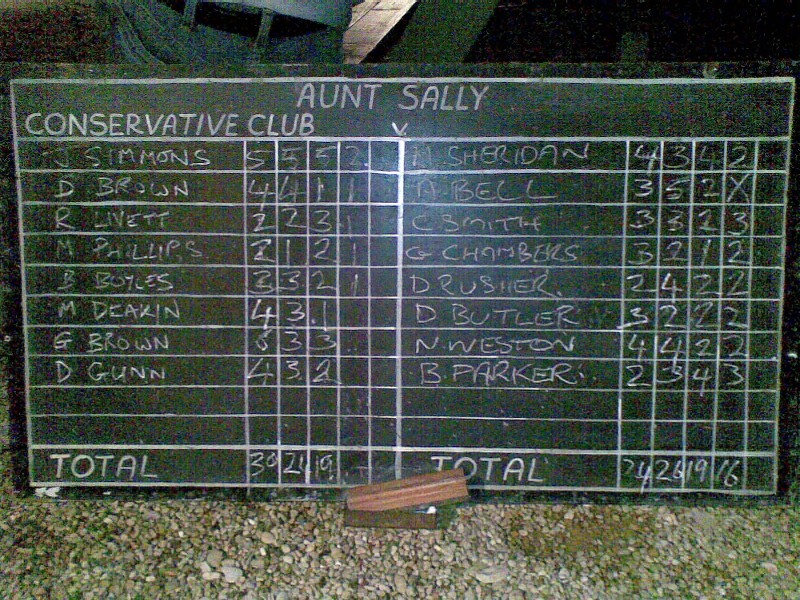 – These are the scoring rules for the Abingdon Aunt Sally League;

other methods are used in other leagues.