You are here: Home › Sticks and Things
By James Barguss on 1st December 2011 in Anchorman Blog
Tweet

Back in 1988 the second summer of love. If you were a hardcore raver spending time at illegal warehouse parties and being arrested for breach of the peace. In fact I even have a record called breach of the peace by Spiral Tribe. Anyway that wasn’t me till later, I was only 13 at the time. No 1988 was my first serious foray into playing Aunt Sally.

It was a beer leg if I remember. An extra to make up the numbers and I’m pretty sure it would have been Abingdon Legion. I didn’t have my own sticks, I had to borrow my dads and they were heavy. Weighing in at one pound eight ounces I really struggled to reach the iron by rolling let alone hit the doll. Dad said I had to persevere though and that Christmas Santa gave me my first set of sticks.

In May of the next year I played my first season…Well, what actually happened was I played a grand total of 2 games not including the odd beer leg. The problem wasn’t my enthusiasm ( it was boundless) my problem was Abingdon Legion were an A section team, there was no premier in those days and I wasn’t good enough, only really making the team when holidays or illness decimated the team to the extent that they didn’t have any choice. In those days it was cut throat and I threw so badly that some weeks I didn’t make the team despite them only having 7 men. These were some pretty lean times for me (some may say I’ve not got much better, and to be fair on recent results they would be right) at times I really felt that I should probably take up a sport I would be more suited too. Sadly Extreme Ironing hadn’t been invented then, even if it was, mum wouldn’t let go to high with something so hot. 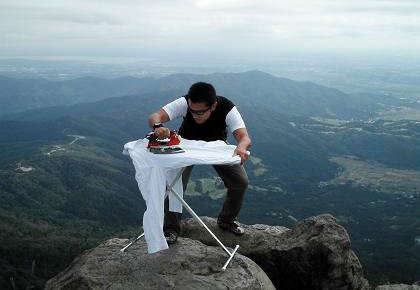 So it was that I decided I should move to a team more befitting of my talents, I dropped a few leagues to play for the Fitzharris arms (now a owned by a super market) I spent 2 seasons there and finally the prodigal son returned. Not really any better but certainly wiser, there were fewer blobs and more ones.

All through out this I was throwing 1/8s. It’s all I had ever thrown until one evening there was a bit of a cock up and I forgot them. Luckily Bob Carter said “why don’t you use mine” They were 1/10s not a massive difference but they were a revelation, I don’t remember the exact score but I was seriously impressed. So much so that Bob and I used the same sticks for the rest of the season. This also shows an enormous amount of generosity because anyone that has their own sticks, my self included, won’t let anyone else use them. That Christmas Santa dropped a set of 1/10s down the chimney. He knows just what to get, doesn’t he?

Fast forward a few seasons and I’m in need of some new sticks, my previous ones a mass of splinters and no longer making weight. I was unable to get hold of 1/10s and has to settle for 1/11s now it’s only an ounce but I was unable to replicate my success with the 1/10s. So I hatched a plan. I don’t know why but I decided I needed heavier sticks. So I wrote my letter to Santa that Christmas. Sure enough on Christmas morning I was the proud owner of a set of 2lb sticks! They are a thing of beauty, but they can bite quite badly. Let them dry out and the resulting splinter will slice your hand in 2.

My point is I tried for years with the same sticks everyone else had. If not for circumstances and trying the different weighted sticks I would have stuck with them forever. Don’t take things for granted, mix it up a bit, never get into such a rut you can’t get back out.