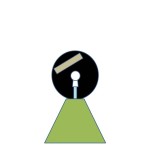 Welcome to what will be the 37th season of  the Winter League.  I trust everyone had an enjoyable summer, personally I’ve  had better summers on so many levels but, hey, I’m still the right side of the grass.

1)    After much deliberation I have decided that all teams playing Ab. Utd. ‘A’ will receive 2 dolls per leg in the league.  This should make for a more competitive season but still give Abingdon United a fighting chance. They have only lost one game in 3 seasons and won the league quite easily on all occaisions, so felt this decision was necessary.

2)    We will have a night of friendlies on 27th of September, no rolls on sale this night but Sue will be doing them thereafter. Please indulge.

3)    Could you name your players on sheet provided and return to me on ‘friendly’ night or 4th of October.

4)    Please return competition forms with fees no later than 18th of October.  All teams will automatically be entered into Fives Knockout where ‘B’ section teams will receive 2 dolls per leg.  Remember its £1 per person, per competition.

5)    A more balanced fixture list will now ensure that all teams will now play either 3 or 4 times when playing first and last, whereas before teams could have been playing twice or five times.

Good luck for the season from me and Brian.

A newcomer to the game (only been playing since 2005!) I played for the Fox Steventon (until 2016) and through the cajoling of Martin Sheridan and Graham Barguss setup the first proper website for us which has now developed into this version including electronic scoring! I also previously took the snaps on finals night and created the Aunt Sally TV section on YouTube. Oh and I got us on the telly with Mud Men on the History channel and promoted Aunt Sally at my wedding!
View all posts by Paul Stone →
Summer League: Finals Night Results
Winter League: Week 1 Results