The Highest Leg Score Trophy is won by the team with the league’s best ever top score, not just that season. Currently the record stands at 37 by Abingdon Royal British Legion in 1992. Previously, we think 1989 it was 36 by Penlon with a few similar names!

Some great players are listed on the plaques who still grace a pitch even now decades later….and some that we’ve lost a while. 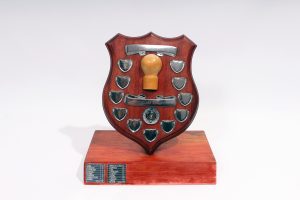 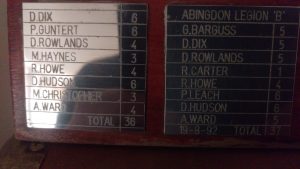