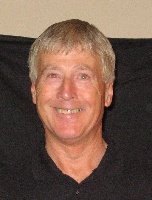 I’ve been writing another post but this really makes much more sense. After a thrilling singles final between Mick Phillips (Spread Eagle, previously Cumnor CC) and Martin Sheridan (Fox Steventon) on Wednesday night I thought I would run with this interview from Martin.

An absolutely superb player. If we had had a hall of fame He would be in it.

1- When did you first begin playing and who was it for?

2 – Can you give me a short biography of the teams/pubs you have played for?

3 – What made you start playing and who would have been your influences when you first began?

My Dad played for the Duke of York, and I was his number one fan! On one occasion, they were a player short, and I was asked to play (I am not sure that I was signed on). It’s a bit vague, but I do believe I scored a 2-2-1. I was then hooked on ‘Aunt Sally’. The great Monty Greenaway was a big influence on me, for his sheer tenacity… He seemed invincible.

4 – You have obviously been involved with some very successful teams, The Fox for example have been a very dominant force. Are there any that stand out for you?

When I played for the Edward Vii, the team we had were majestic! Bill Bates, Ron Parker, Norman Nuttall, Waggle Green, Neville Crook, Salcie Heritage, Laurie Woods (who I witnessed score 7 consecutive sixes in practice) and little old me.

My time in Steventon both currently with the Fox, and previously with the now-defunct Kings Arms has been memorable. We’ve won the lot! Teams like the Penlon and the Cumnor Cricket Club conjure up some of the greatest memories. I’ve played with the great Dave Dix, Barrington Parker (who in my opinion is the best anchorman in Abingdon), Robin Greetham, Richard Butler, Colin Smith, Nigel Weston, Rodney Prior.., the list is endless.

The new kids on the block are the Spread Eagle, Abingdon, who play with some of the Old Cumnor Cricket Club team. We’ve played against them in the Eights final, the Tom Simmons and the Red Drive, and they have won on every occasion. One guy, John Simmons, who plays for the Spread Eagle… How he’s not won the Abingdon Singles baffles me! He is a great player and his time must come soon.

5 – Your throw. Have you always thrown like that or has it developed. Did anyone help you initially with your throw? E.g. give advice etc.

The great Monty Greenaway advised me to throw the stick, rather than lob it, as it would make it more accurate.

6 – This for those just starting or new players. You are a very good player, particularly under pressure. How long would say it took from when you first took up Aunt Sally to when you were consistently getting 10 or more dolls per game.

7 – You’ve won the singles competition a total of 6 times now. Do you have any special moments in competition or league which you look back on with pride

The game I look back on with the most pleasure is when I played Ron Parker in the Singles semi-finals, at the White Hart in Harwell. The garden was thronging with people, and the alley was roped off. There was just the two of us on the oche, and the callers in the wood yard. Ron had a theory that if he won the toss, he would always put his opponent in first (he loved the chase), so every time the coin was tossed up, I would never look Ron in the eyes. I would simply pick up my sticks and throw regardless, Ron never challenged me.

The game was epic… six sticks, three sticks, one stick, back to six sticks. I eventually won 2-1. What an emotional night! It was the first time I’d beaten the mighty Ron Parker.

8 – Recently I’ve mentioned some potentially controversial subjects in the blog. How do you see the game going with regard to the number of players in the team, perhaps reducing, Is that something you would agree with?

Most definitely, with many pubs closing down, and few younger players coming through, it may be necessary for the team numbers to reduce for the leagues to survive.

9 – Do you agree with the handicap system in place at the moment?

It’s the only fair way to run the league, it gives all the teams a chance of winning the league.

10 – In this game with so many characters and so many different types of throw and approach. What do you think makes a good player and do you have any advice for those starting out? How do they get as good as you? Is it practice or ability?

Being consistent is key! To achieve this you need to practice. Try to be relaxed. Knocking off the doll in practice is ok, but the match is when it matters most. Things creep in like nerves, bad calls, or you simply miss… all this adds to the tension. You need to overcome these things to become a good player!