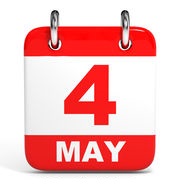 For those of you who don’t know the Summer League is starting on the 4th May (May the Fourth be with you!) – I know, but you won’t forget it now will you!

We’re putting the finishing touches to the competition and fixture lists and they’ll be going to the printers very soon then we distribute them by hand to the venues.

We have 61 teams registered this year and that means a full Premier/A and F section (10 teams), sections B,C,D, E have one bye and section G is made up of 5 teams twice over so they get plenty of Aunt Sally! We did it this way rather than confuse things with an 11 team fixture with a longer season.

We’ve also got a new sponsor this year in Matthew Tutty Plumbing & Heating so many thanks for supporting us this season Matthew!

A newcomer to the game (only been playing since 2005!) I played for the Fox Steventon (until 2016) and through the cajoling of Martin Sheridan and Graham Barguss setup the first proper website for us which has now developed into this version including electronic scoring! I also previously took the snaps on finals night and created the Aunt Sally TV section on YouTube. Oh and I got us on the telly with Mud Men on the History channel and promoted Aunt Sally at my wedding!
View all posts by Paul Stone →
Winter League: Week 16 Results
Winter League : Week 17 Results