Tonight’s Semi-Final matches of the Eights couldn’t have been played on a better summer’s evening with very little breeze. 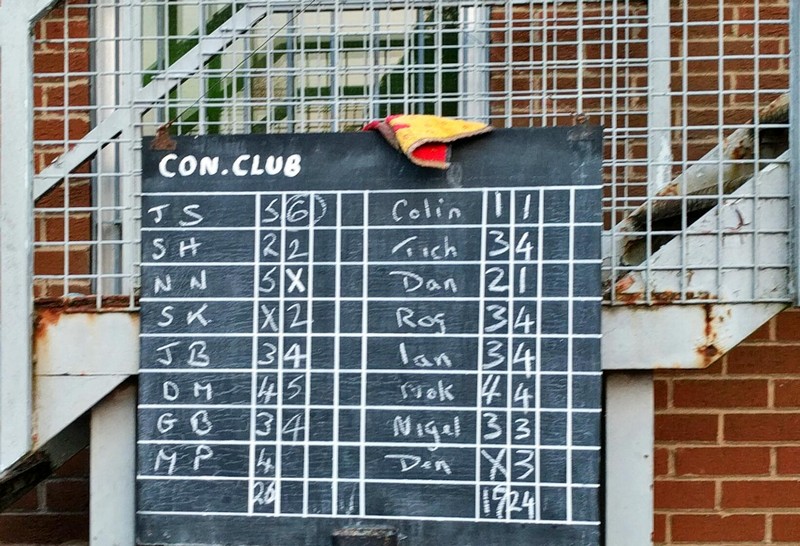 At the Abingdon Conservative Club Spread Eagle took on their B team. Spread set the first leg with 26 and Spread B couldn’t catch it. Then Spread B set 24, a decent score in any game but Spread started with a 6 from John Simmons and quickly filled the rest of the board to win two straight legs. 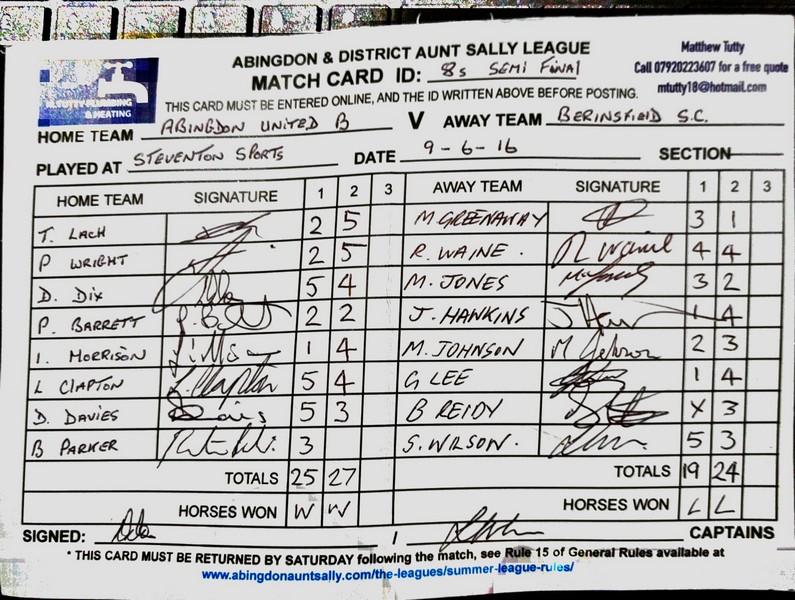 A similar story at Steventon Sports Club for Ab.Utd vs Berinsfield with a Berinsfield failing to catch a 25 set and then ‘only’ setting 24 with Ab.Utd getting 14 in the first three players. 2 straight legs to the current league leaders Ab.Utd.

Final of the Eights is on the 23rd June (venue to be announced) so once you’ve voted in the referendum go along and relax with what I’m sure will be a great game of Aunt Sally!

A newcomer to the game (only been playing since 2005!) I played for the Fox Steventon (until 2016) and through the cajoling of Martin Sheridan and Graham Barguss setup the first proper website for us which has now developed into this version including electronic scoring! I also previously took the snaps on finals night and created the Aunt Sally TV section on YouTube. Oh and I got us on the telly with Mud Men on the History channel and promoted Aunt Sally at my wedding!
View all posts by Paul Stone →
Summer 2016 – Week 5 Results
Summer 2016 – Week 6 Results